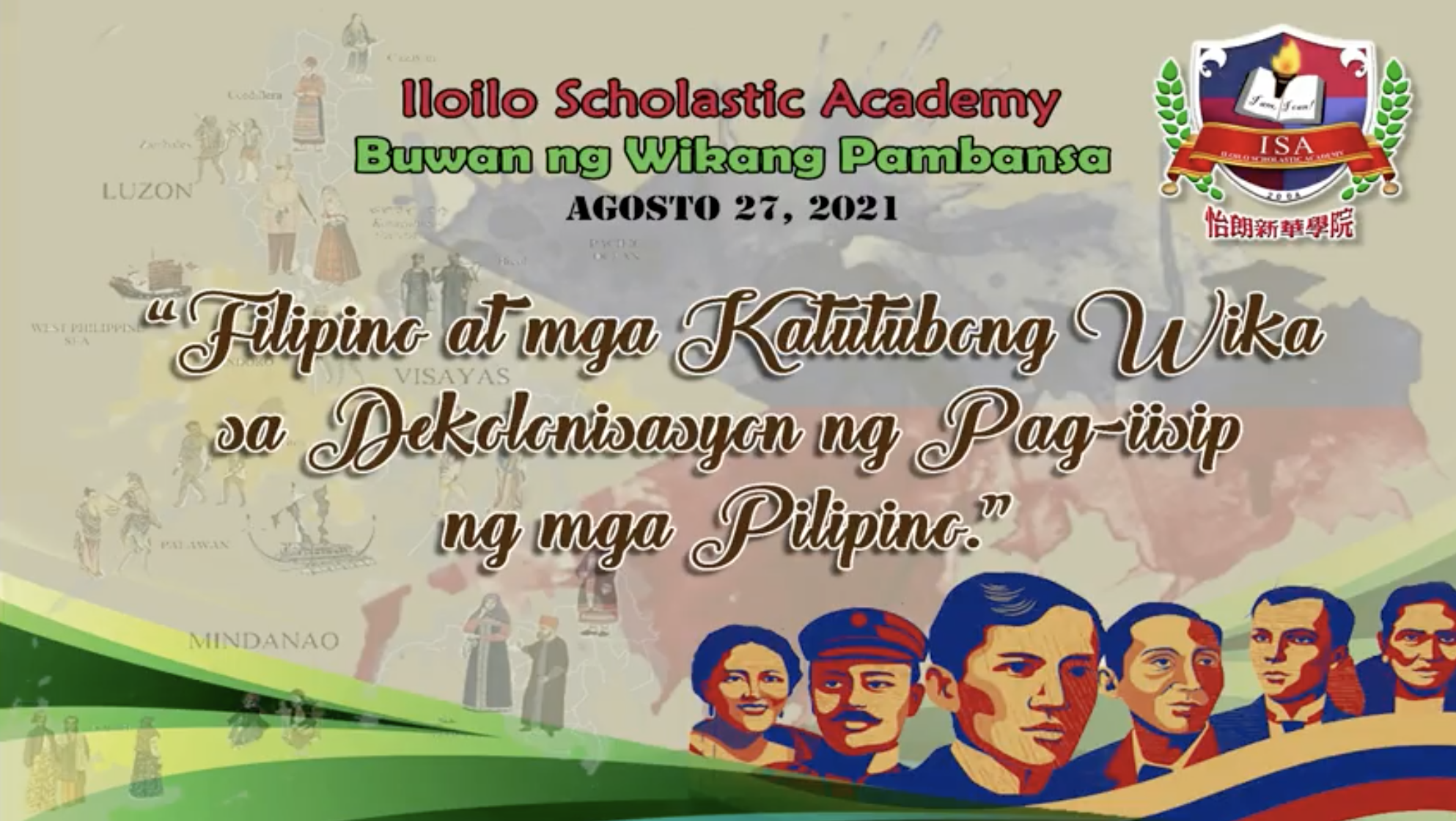 Iloilo Scholastic Academy (ISA) celebrates Buwan ng Wika with a dazzling program on August 27, 2021 filled with amazing performances by the learners to commemmorate the Filipino language and culture.

Even through the pandemic, ISA is determined to hold a program to show its appreciation by holding it in Zoom, where all learners are required to participate by impersonating characters from various parts of Filipino culture, from novel characters to gods.

“The individual shows were quite a sight. You can tell that they spent a lot of time preparing for the event. It looked like something out of a movie. The visuals and audio were amazing and the costumes looked like they were straight from the past. We had lots of fun.” said an ISA learner.

Each section presents two learners called, Lakan and Lakambini, to represent the class in producing high quality productions where they dress up in traditional Filipino clothes and talk about the various aspects of Buwan ng Wika.

Lastly, the event lasted half a day and ended with the learners laughing and sharing various Filipino dishes with each other. The learners were given the rest of the day as a reward for their hardwork and astounding presentations.