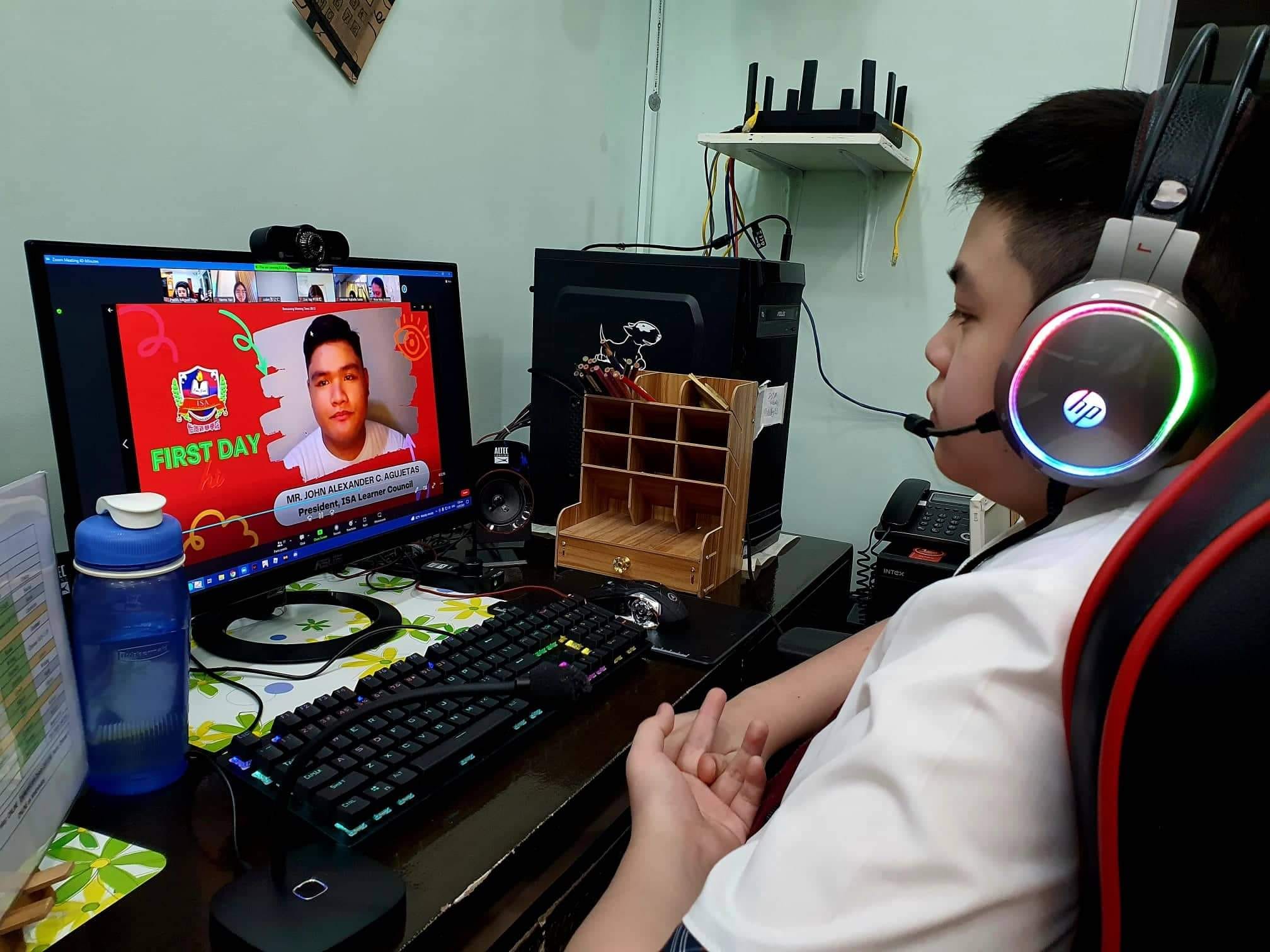 As another new beginning dawns on Iloilo Scholastic Academy, ISAers once again log into their Zoom accounts to start off their first day of the school year, with the First Day Hi program.

The program started at 7:15 a.m., starting with a short prayer and singing of the national anthem and the ISA hymn. Next was the presentation of health protocols to be observed during face-to-face classes by the Teatro Baganihan Club, followed by speeches from City Mayor Jerry P. Treñas, ISA Board of Directors President Mr. Venido Peña, and Executive Director Mr. Peter M. Chan. An introduction to the ISA faculty members was done subsequently, along with some words from ISA learners, alumni, and parents. Last but not the least, a throwback video was played, featuring some of the most cherished moments of ISA’s past years. A short class orientation ensued right after, giving ISAers a briefing on the general classroom and school guidelines for this year.